Webinars News Blog Events
About Us Careers Contact Us

In our industry, the portmanteau “cobot” is used to refer to “collaborative robots,” devices that inherently involve human-robot interaction.

This is one of the fundamental issues that Kinova is trying to overcome right now.

If you’re familiar with our brand, you know about our steadfast stance on this issue: the robot should be listening to and learning from the human — not the other way around. Currently, most robotic solutions are approached from the mentality of automation. This form of design-thinking puts robots at the center of the equation, rather than humans.

Our stance is why we believe the term “cobot” should be done away with altogether. A far more accurate name for them would be “assistant robots,” given that’s what their role is and should be: assistants.

You might be thinking: OK, Keith. This is all just semantics! Calm down.

But it’s not. The cobot collaboration equation is a microcosm for society’s interaction with robotic technologies. The mentality of fear that pervades around a potential “robotic takeover” will only be actualized if we build robots that work for us, rather than with us. It’s a big — yet often overlooked — difference.

Why do the specifics of how we interact with robots matter?

They matter because society can’t afford to make itself obsolete.

We have a worldwide population rapidly reaching 12 billion. At the same time, a lot of industries are moving toward partial, if not complete, automation; we’re setting ourselves up for economic crises as more and more jobs are replaced. Mental health crises and rising crime rates also go hand-in-hand with high unemployment.

It’s not just the potentially unemployed who stand to be hurt. If a robot is added to a job and is the one driving the value of the task, the human will feel as though they’re only assisting the robot. Without the ability to take ownership of their jobs, workers’ individual self-worth will inevitably drop.

Replacing people with robots is a direct line to social unrest, which leads to plummeting economic and societal well-being. Robots are important and powerful tools, but they need to be implemented with a watchful eye.

So where do we go from here? How can we convince robotics manufacturers to take the same approach?

The most important step in getting robotics manufacturers on board with human-centric robotic design is finding a way to make them recognize that robots should be amplifiers, not replacements.

What we have, at the moment, are robotics manufacturers operating from a perspective of human adaptation to robots, not the other way around. A robot is implemented in order to automate a task, meaning the human does what it can to collaborate with the former and help it meet its objective.

A robot implemented from the perspective of an amplifier, however, is one that adapts to human beings instead. It needs to be able to listen to a human in a way that matters, and gather the necessary information to aid humans, not command and direct us.

Robotics manufacturers who aren’t convinced of the risks of unemployment are going to bump up against another problem: distrust of AI. With societal perspectives of artificial intelligence being… well, more than a little wary, anyone trying to peddle robots from an automation point of view is going to meet well-earned resistance.

But who should care about this? Who needs to think about cobots?

As human beings, we’re always striving for something else; we always want to learn and experience new things. We’re going to develop more and more complex robots, and when developed thoughtfully, they’ll help us.

If they’re not developed thoughtfully, we all need to worry — everyone who wants to be motivated and challenged in their life needs to pay attention.

At Kinova, we believe that we haven’t shown society the full positive potential of what robots can do just yet. For us, thinking about collaborative robotic design means focusing on the desires and motivations of people and fulfilling those needs first.

Rather than force robotics into workplaces, we think people should want to welcome the robot — and from there, we can all start thinking about robots together.

SACRAMENTO, Calif.--(BUSINESS WIRE)--California science classes are about to get a surge of new resources to support an 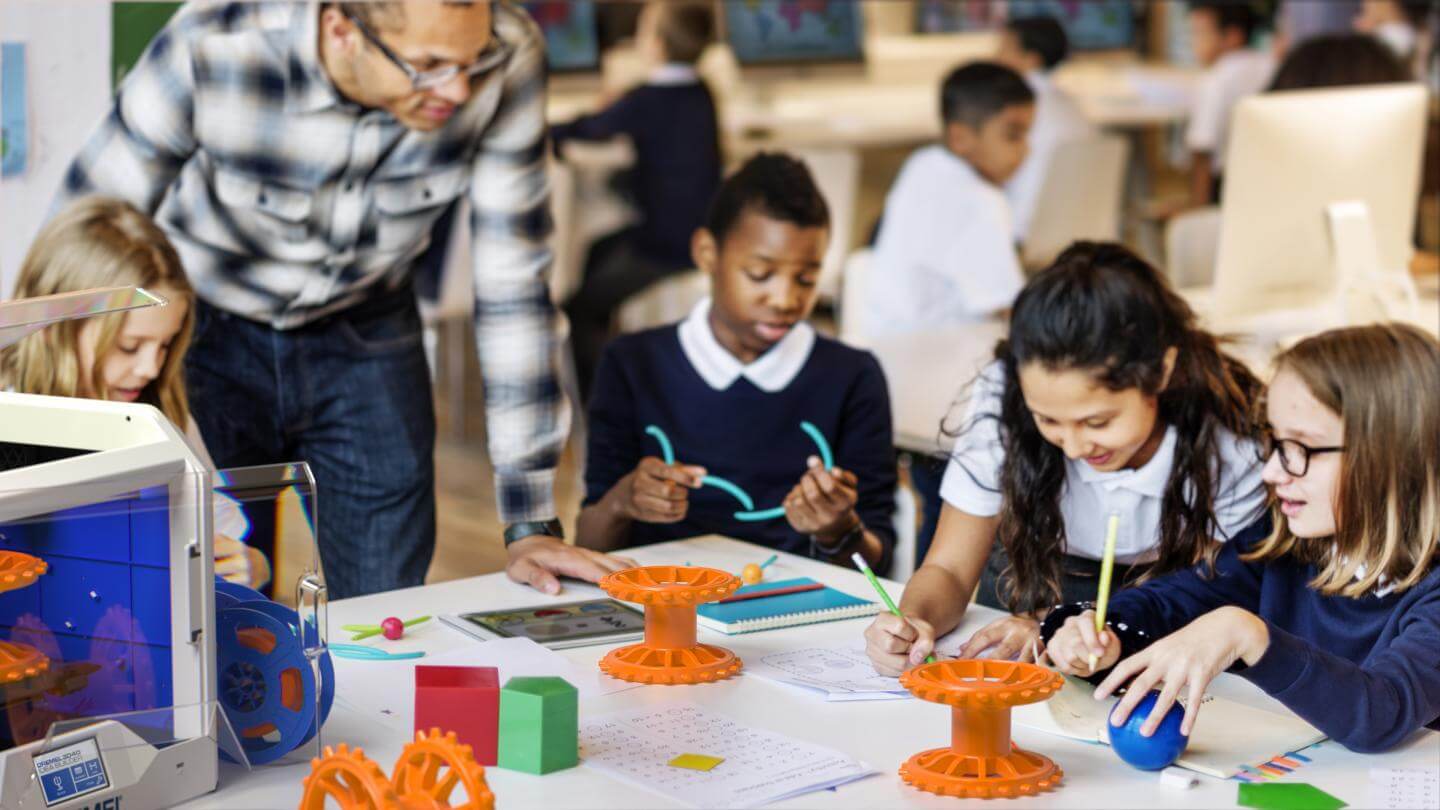 The progress Union City School District (UCSD) in Union City, New Jersey has made as a Title 1 district with 98 percent minority enrollment is no secret.